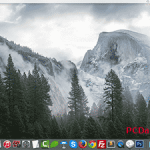 I was attempted to try Yosemite OS X beta a few weeks ago in a VM on my Mavericks Mac, using Apple developer account, however I didn’t have time to install in a Virtual Machine, until yesterday, I’ve received an email that Yosemite OS X is released and free to download in App Store, for people who want to upgrade Mavericks to Yosemite OS X.

So I went to open the App Store, and yes, it was there. So I made a full backup of my Mac first, and while backing it up, I google about this new Mac OS.

Found some people want to downgrade or revert back to Mavericks, and it made me downloading the Mavericks. 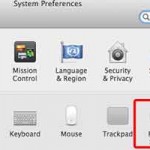 In this beginner guide, I will guide you through on how to scan on mac from Epson printer using Mac Mavericks OS X, and Epson Stylus SX125 all-in-one printer.

Actually on a sunday morning, somewhere last month, I scanned on a Mac for the first time, as I usually used a PC Windows based computer.

It was Sunday, and usually, I don’t touch my computer, however, because I wanted to scan my son’d school document, I had to do it.

Read moreHow to Scan on Mac from Epson Printer 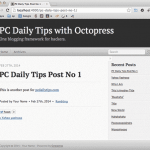 I am recently curious about Octopress so I managed to install Octopress on Mac OS locally (Mavericks) and even deploy to GitHub and another one to my shared Hosting.

In this post, I am not going to discuss which one is better, I mean WordPress or Octopress, because they are totally different.

But what I am sure of, is, that if you want to create a private blog, I meant, you don’t have to care about SEO, or making money online, then, Octopress is a great platform. 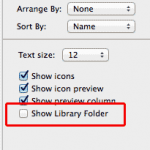 Before we begin, by default it is hidden, in this Apple support page, it explains, why Library folder in Mac is hidden.

However, there are many ways to show it.

The old methods still work well, including keyboard shortcuts like: 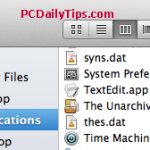 At the beginning of this week, I accidentally closed my TextEdit, and forgot that I actually still need the txt file that I have just created.

After looking around on Google, and try one by one method (example looking in a directory of Library like this here) that I have found, this one actually works for me.

I am not sure with a .rtf file, but this at least works with .txt file.