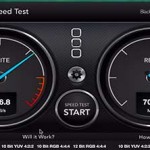 If you are now looking to buy a MacBook Pro, even though both have the retina display, you might be confused to get the 128 version or the 256 version of MacBook Pro. The price difference is just around $250, and after seeing how do you use your MacBook Pro, as your first or second computer, you may ask yourself, “Which MacBook Pro 128 or 256 GB SSD?, is it really worth to get the 256GB?”. In simple words, more SSD will be the better. This means, it’s recommended to get at least the 256GB model, because the Mac operating system itself will need approx 30GB of your hard drive, so if you have the 128GB, there isn’t enough space. And the apps these days, will mostly need your 2GB of space to install.

Unlike Windows, Mac OSX app has all of its files with the app itself, it doesn’t seem to have the DLL files. This said, you will be able to uninstall your app easily, and you won’t have app files conflict between one version to another, this will increase app’s file size. For example, one same program has 10-20MB file size on Windows computer, will have 40-50MB on your Macbook. Yes, there are cloud storage, SD card, or external hard drive, however, if you need to access your file immediately, having it ready on your computer will be a big plus.

I got the 2013 Macbook Pro that has 128GB SSD, and upgraded to a 256GB. Then. I tested it by copying a 2 gig RAR file and 1 gig folder that contains images from their locations to the desktop. Here are the result:

In terms of performance, if you really care about it, compared with 128GB, the 256GB will perform significantly better, but according to this resource, the 256GB and 512GB won’t hardly make a big difference, I would go with the 256GB SSD MBP, unless you use your laptop only for browsing and similar basic use.